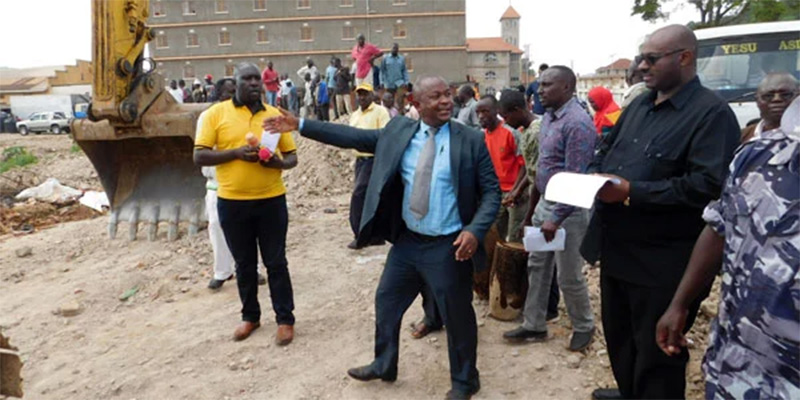 The reconstruction of Kabale Central Market has kicked off after one year of stalemate following disagreements between the kiosk owners and the municipal council.

The process had started in December 2018.
Chongqing International Construction, a Chinese company, has been contracted to do the work at a cost of Shs23 billion.

The Permanent Secretary in the Ministry of Local Government, Mr Ben Kumumanya, handed over the site to the contractor recently.

The reconstruction is expected to take two years.
“Kabale was missing out on markets and agricultural trade improvement program but I thank the Prime Minister of Uganda, Dr Ruhakana Rugunda, Kabale District and municipal council leaders that fought hard to have this development here,” Mr Kumumanya said.

A section of Kabale Central Market Traders Association members led by the association chairperson, Mr. Simon Mashemererwa, and others petitioned Kabale High Court challenging the reconstruction of the market, claiming their interests and rights were not being taken care of.

The traders were demanding that the council respects and upholds all the occupational permits issued to the lockup owners in the early 1990s because their 49-year leases were running; wanted the council to disclose and avail them relocation plan before the construction of the new market begins, asked that designs of the planned new market be availed to them, and wanted to be given 90 days to prepare to leave the premises.